35-year-old Wolfgang ‘Wolle’ Nyvelt has established himself as one of Europe’s best all-round snowboarders, admired by fans and legends of the sport alike. Although he’s not much of a contest guy, competition highlights include first place in Air & Style at Jam Session and a fifth place at Toyota Big Air. You can also bet on seeing him every year at the Vans Wängl Tängl in Austria.

However, it is in films that he really comes into his own, in particular the 12 movies he has featured in over the years from Absinthe, including Now/Here, Pop and Dopamine. Wolle is also involved with the Aesthetiker crew. He is one of the leading representatives of Billabong in Austria and Europe, and is also sponsored by Salomon, Vans, Dakine, Dragon Alliance, Slytech and Planet Sports.

Born on 27th December 1977 in Salzburg, Austria, Wolle was introduced to the sport by his love of skateboarding – he began on concrete in 1991 and got his first snowboard a year later. He grew up in the town of Mayrhofen, and honed his skills at Penken in the Austrian Alps.

There is no doubt that Wolle is one of the most fluid and naturally talented riders around, and arguably the best binding-less rider in the world. In his preferred disciplines of Slopestyle and Backcountry, he takes his inspiration from other ‘sideways’ sports, most notably surfing – Aussie surf legend Mark Occhilupo is a hero and he was recently invited on a surf trip to Chile with pro surfers Ian Walsh and Shane Dorian. 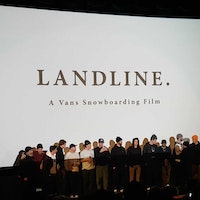 The lowdown on Vans first ever team movie, LANDLINE., which we watched at the Innsbruck premiere. Is it one for the digital bookshelf?
5 years ago | by Tom Copsey 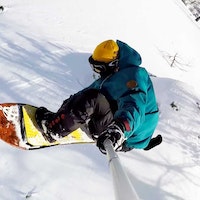 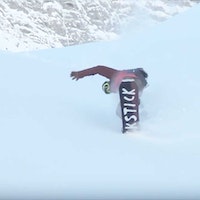 Peep 5 minutes of powder heaven as Wolle Nyvelt and a squad of Salomon riders hit up the infinite pow of Island Lake Lodge, BC, to put The Hillside Project...
5 years ago | by Tom Copsey 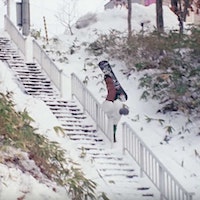 Vans' first full-length snowboard movie looks to be a throwback to the days of 16mm yore, mixed with some riding that's most definitely of a 2017 vintage...
5 years ago | by Tom Copsey 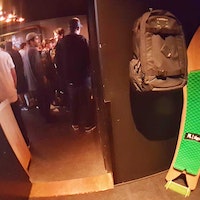 DaKine have teamed up with snowsurf maestros Äsmo to produce a limited edition range of backpacks and gloves, and presented it alongside some of Carlos Blanchard's rad photography last week...
6 years ago | by Tom Copsey

Our festive assortment of some of the best snowboard video content that 2016 offered up to keep you out of mischief. Sneak away from the fam for some 'alone time'...
6 years ago | by Youri Barneoud 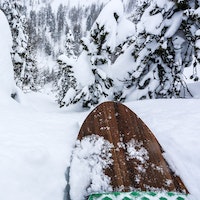 14 minutes of pure foot loose fun and radness...
6 years ago | by Onboard 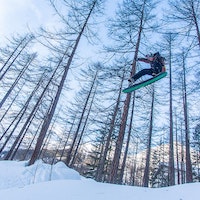 For the release of the movie, Wolle & Billabong are offering you a free Äsmo board!
6 years ago | by Tom Copsey

[Max Buri living the dream right here. Photo: Sami Tuoriniemi] It’s that weird time of the year in Europe when the early pre-season flair up has calmed down, the mercury’s heading...
6 years ago | by Will Sleigh 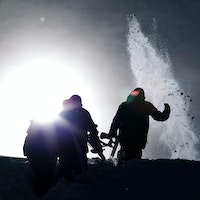 Matt Georges shadowed the Absinthe Crew as they explored the secret corners of Cervinia, Italy.