Pole Wojtek Pawlusiak, better known as ‘Gniazdo’, is sponsored by Red Bull, Burton Snowboards, Analog Clothing, Nixon, Anon Optics, and Sony. He was a late starter in the slopestyle discipline, but within no time at all was rubbing shoulders with snowboarding veterans Pat Moore and Marko Grilc at the Red Bull Performance Camp at Snowpark, New Zealand.

Highlights from his career so far include victories at the Horsefeathers Jib Jam in both 2006 and 2007, the Billabong Freestyle Festival in 2009, the Red Bull Upside Down in 2010 and the Coalition Jam in 2011. He has also given strong performances at the Red Bull Drive By and the Nike 6.0 Stairset Battle, and starred in the Random Bastards’ 2013 movie Blue Balls.

Born on 27 February 1986 in Wilkowice, Bielsko Biala, Gniazdo’s inspiration as a child was his Dad Tadeusz, an Olympic ski jumper. Little Gniazdo trained as a jumper for many years and left home at the age of 14 to attend a sports school in Zakopane. However, he soon realised he didn’t want to follow in his father’s footsteps, and, at the age of 19, he switched to snowboarding.

Although Gniazdo’s style focuses mainly on jibbing, his extensive experience on the ski jumps means he has no problems creating big air tricks on the kickers. He still likes to ski jump from time to time, as well as take part in motocross, skateboarding and enduro, and he has used his love of all extreme sports to create a style that is very much his own. 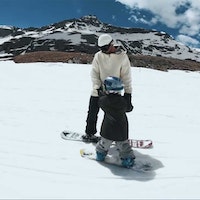 A Fathers' Day celebration of some the sport's raddest of dads...
5 years ago | by Tom Copsey 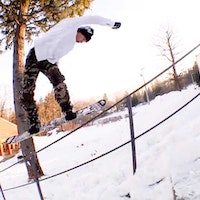 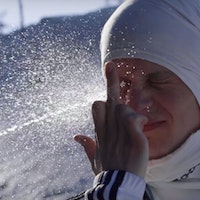 The second instalment of the Analog Euro crew's mini series sees them take on Poland while filming for Taco Trip's movie, Bees Knees.
6 years ago | by Tom Copsey Polish rider Wojtek Pawlusiak hits up the UAE with his rally driving friend and proceeds to jib, flip, slash and one-foot the hell out of the desert dunes...
6 years ago | by Will Sleigh The road to recovery is never an easy one.
7 years ago | by Sam Oetiker 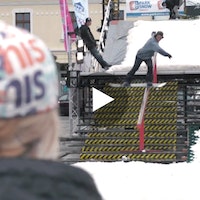 Europe's core crew made the journey over the iron curtain to get involved with the CoPele Snowboard Jib Session, held in Zvolen, Slovakia.
7 years ago | by Joe Cavanagh 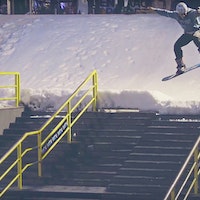 After last weekends rip-roaring rail battle that was the Hague PRO FREESTYLE, the Postland posse have you covered with the video highlights.
7 years ago | by Tom Copsey 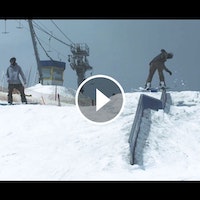 Wojtek got broke off pretty bad at the start of the years, and this movie sets out to document his recovery.