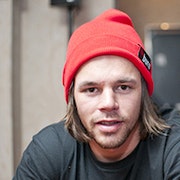 Making history is nothing new for serial snowboarding champ Ulrik Badertscher. Many remember the time he first landed the huge 1620 (four and a half rotations), differentiating himself from the rest of the crowd. While the world was making a big deal about double corks in the superpipe, at the beginning of the 2009-10 competition season, he wowed spectators and branching out, away from the norm.

The young Badertscher made headlines internationally when he nailed a top 10 finish in the 2008 Arctic Challenge in his native Norway. Having been championed by his compatriots for so long, now the whole snowboarding world took notice. Since then he has rampaged his way through the scene with Viking abandon. Rumours of him throwing huge grabs over Lindisfarne are unconfirmed.

His brilliant consistency and constant improvement continued during his following contests, proving to fans that he was not a quitter. He won eighth place overall on the 2009-10 Winter Dew Tour and second at the Burton US Open, raking in rave reviews. His historic 1620 was then featured in his snowboard movie, titled “They came from…” In 2011 he topped it off by winning the Air & Style with a huge backside 1260.

The mega rotations are set to continue with Ulrik, made all the better with his clean style and increasingly difficult combinations. With him on form no slopestyle – or monastery – is safe. Each summer for as long as we can remember, the summer season has seen a host of snowboarding's great and good descend on this glacier in southwestern Norway. We took...
5 years ago | by Tom Copsey Let your jaws hit the ground as Ståle and an all-star cast of homies bring the heat to the parks of Perisher and Thredbo.
5 years ago | by Tom Copsey Brage Richenberg's lo-fi, DIY iMovie is a masterpiece of bro-cam party-lapping. This will definitely have you frothing to shred with your homies!
6 years ago | by Mike Brindley Bangers aplenty over the Nine Royals castle - catch our highlight edit.
6 years ago | by Mike Brindley Latest scenes from the Watles mega feature.
6 years ago | by Tom Copsey 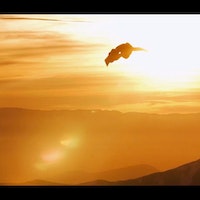 The teaser for Vacation Forever just dropped and it's looking TIIIIGHT!
7 years ago | by Tom Copsey 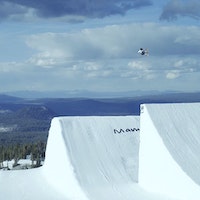 The last episode of the season is live, lit, and sees Kevin, Tor and the crew bounce from East to West...