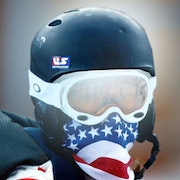 American Shaun White is one of the most recognisable faces in snowboarding. He won every major halfpipe contest before he was 20, including his first Olympic gold in 2006, a performance which transformed him into the sport’s first true superstar. He went on to invent and perfect a series of double cork variations, and he secured a second Olympic gold in 2010.

In 2013, he won his sixth consecutive superpipe victory at the Winter X Games, taking his total gold medal count at the event to fourteen. He has also picked up six Winter Dew Tour gold medals, and in 2006, he became the first athlete to make a clean sweep of the US Snowboarding Grand Prix halfpipe season.

Born in San Diego, California in 1986, Shaun endured two major surgeries to correct a heart defect before he was a year old, but he didn’t let that hold him back. One of his family’s favourite pastimes was skiing, and by the age of four he was already able to keep up with older brother Jesse on the slopes. By six he was turning heads on a snowboard, and at 13 he turned pro. 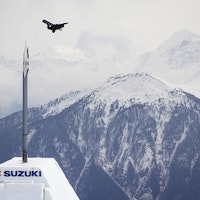 Indulge yourselves in our assortment of some of snowboarding's most iconic backside airs and Methods...
5 years ago | by Tom Copsey 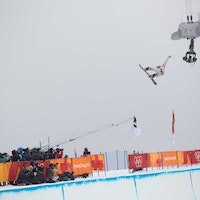 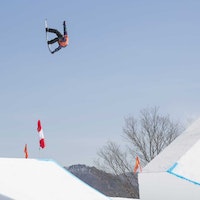 The World Snowboaring Points List crew used their treasure trove of data - and some good, old fashioned gut feeling - to come up with their predictions for Olympic podium...
5 years ago | by Pingu 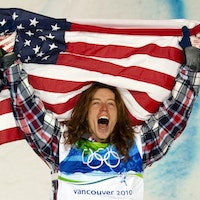 Why I F***ing Love The Olympics (And Pentacorks) At the recent Halfpipe World Cup event in Aspen Snowmass, Shaun White booked his spot at PyeongChang 2018 by winning the event. And not only that, he did it with...
6 years ago | by Sam McMahon 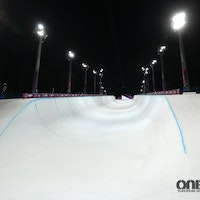 The Ultimate Guide To Olympic Snowboarding At PyeongChang 2018

Everything you need to know about slopestyle, big air and halfpipe snowboarding at the PyeongChang 2018 Olympics
6 years ago | by Duthie 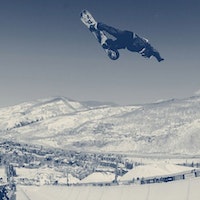 A Volcom Stone-cold classic.
7 years ago | by Tom Copsey 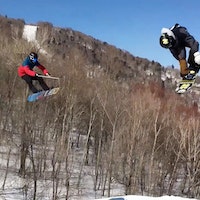 We hacked into our photo editor's phone to find out what REALLY went down at the World Championships of Snowboarding.