Already a prodigious talent, people started paying attention Nils Arvidsson when he was pictured in glorious black and white launching himself off a huge backcountry kicker. The photo, taken by Lucas Nilsson, was the cover of Onboard Issue 133 and it displayed his stunts in striking high definition.

Arvidson followed this up by featured in the New Standard Movie, 2112. In it where he was filmed performing a variety of killer snowboarding feat that the average person would consider crazy – Nils made them look easy. Arvidsson has also continued working with Nilsson with the photographer’s sharp eye catching the young Swede’s style and daring perfectly.

Despite making his name with adrenaline pumping shredding, Nils Sigurd Olov Leopold Arvidson grew up in more humble surroundings. He lived in a small Swedish village called Järvsö, where he lived with his family and pet cat. As he got older, Arvidson participated in many different sports, but fell in love with snowboarding the minute he experienced the board.

Arvidsson has proved undaunted by any challenge he’s been set, whether it’s in the streets, park or up in the mountains. He’s always willing to search out somewhere new to test and better himself and in his own woods he’s up for attacking ‘everything, everywhere.’ Nowhere is safe. The latest dispatch from the Mushroom Crew's summertime shred fiesta up at Folgefonna sees Fridtjof 'Fridge' Tischendorf link up with the usual Fonna suspects for some most-expected epic partyboarding...
5 years ago | by Tom Copsey 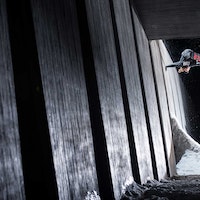 The new movie from creative Swedish brothers Abbe and Theo Hjellström just dropped, and it's FIRE!
5 years ago | by Tom Copsey 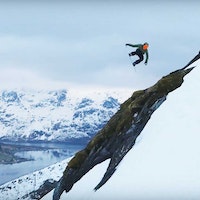 "Soft impact" snowboarding can also be awesome, as Nils Arvidsson and co. show in this rad mini movie...
6 years ago | by Tom Copsey 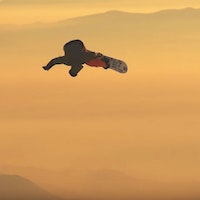 From walking the streets of Santiago in full shred gear to the top of a pristine mountain peak in just 15 minutes? Rip Curl's team get to revel in the...
6 years ago | by Tom Copsey 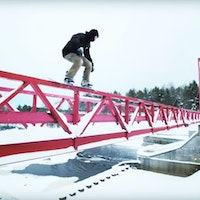 PIUPAU 'Half Full' Edit From Estonia

The Estonian PIUPAU crew brought the hammers to the table and straight up smashed it with this slick edit!
6 years ago | by Tom Copsey 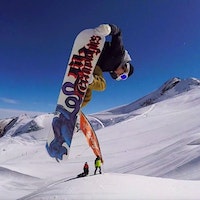 Saas-Fee is the pre-season spot to be at right now. Here's Måns Hedberg, Carlos Gerber and Nils Arvidsson (early bath) getting some...
6 years ago | by Tom Copsey 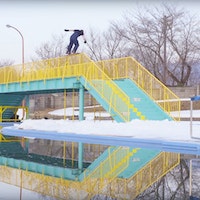 The Vans boys score big in Japan in the this teaser for the first instalment of their new online movie series, First Layer...