Danny is both a hardcore snowboarder and a hardcore metal fan. This passion is illustrated in his ride style, which is unique and, along with his image, has earned him the title of ‘The Darkness’.

With his long hair and penchant for metal inspired art and fashion, Larsen has become a mythical figure in the sport. His reputation on the slopes has been enhanced by standout parts in Pirates films, as well as scoring more magazine covers in a single year than any rider before him.

As well as being a rad snowboarder with a full part in the Videograss production “The Darkside”, Larsen is also an established artist. His work has appeared on many T-shirts, boards, magazines and exhibitions as well as designing goggles for Spy.

Larsen hails from one of the homes of black metal, Norway and cites Kirkerud and Tryvann as being his preferred local resorts. He rides in a goofy stance and is known for his artistic, imaginative and gnarly shredding. The HOWL gloves team with killer footage from Capita's 'Defenders of Awesome 2' and Videograss's 'Mayday'.
9 years ago | by Yalda Walter 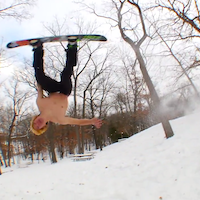 Why drive all the way to some resort, when you could also just head over to the playground around the corner?
9 years ago | by Sam Oetiker 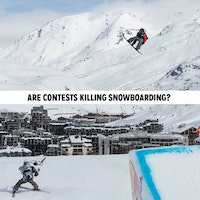 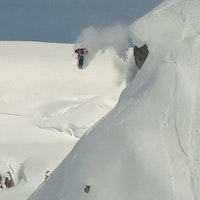 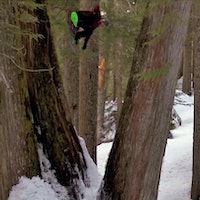 Brand new web series kicks off with a heavy session in Whistler backcountry!
9 years ago | by Matěj Kurzweil 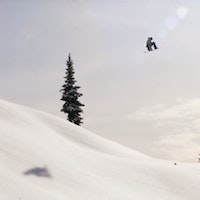 Watch this teaser and stay tuned for the first episode dropping next week!
9 years ago | by Intern McIntern Videograss: The Last Ones Teaser

This is a special year for Videograss. They have combined last year’s riders and put their focus into what we believe to be one of the best crews ever assembled
10 years ago | by Uli Köhler 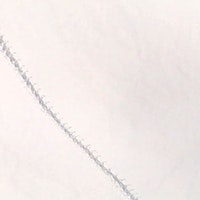 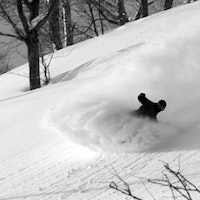 Yeah, apropos of nothing K2 Snowboarding released this clip of their team rider and badass Norwegian Danny Larsen.