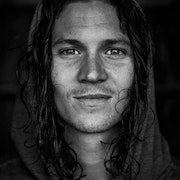 Chris Sörman had a dream season back in 2005, when he backed up his victory at the Burton European Open with numerous other top three finishes. At the 2007 Winter Jam, he won the Best Swede in Snowboarding award, taking second place overall the following year. The Pirate crew video, Lubedence, which captured Sörman pulling off an incredible 12 off his favourite Jon Olsson Kicker, helped to raise his profile even further.

At the 2008 Red Bull Gap Session, Sörman was successful in winning awards for Longest Air Time an Best Overall Performance. This saw him conquering the 65 foot high jump, whilst achieving an incredible 2.81 second airtime with a frontside 10. He also won Best Trick of the day at the 4th Annual Icer Air event,

Born in Jönköping, Sweden, on the 21st May 1985, Sörman has been riding since the age of 9. His parents helped him to pursue his passion for snowboarding when he was young with, amongst other things, a 1000 km round trip to his nearest halfpipe. Cutting a frustrated figure in his youth, Sörman has now learned to accept defeat graciously, as well as, possibly more importantly, to win.

He can ride in either stance, but tends to prefer regular. His sponsors include – Junkyard.com, Absolut Park, Burton and Neff and Gloryfy. He is renowned for a smooth and sturdy style, which is complimented by his ability to pull off big tricks. Sörman has recently decided to limit the amount of movies he is involved in and instead focus on learning new tricks and progressing his boarding. 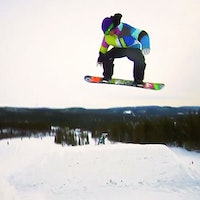 This legendary reboot of the Euro Gap franchise from 2010 gets the Flashback treatment this week. Starring Eero Ettala, Heikki Sorsa, Joni Malmi, Niki Korpela and a host of other...
8 years ago | by Tom Copsey The Pirates have just dropped another of their webisodes, this one's 40 seconds of crowdpleasing slams from your boys Werni Stock and Chris Sörman. Check 'em getting broke off!
8 years ago | by Intern McIntern BEHIND THE TRICK - Chris Sörman

Chris Sörman was out on a single mission at Mt. Baker with the goal to stomp a banger.
8 years ago | by Intern McIntern 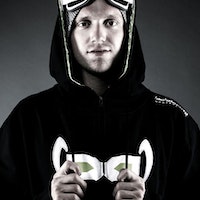 Peter König - Isenseven-rider, fashion afficionado and one of Austria’s main exports since Falco – is now rocking goggles and sunglasses by the young Austrian brand gloryfy unbreakable eyewear.
8 years ago | by Uli Köhler 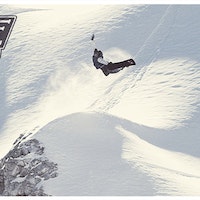 Finally! One of Europe's finest, Pirate Movie Production, is back with their new 2012 snowboard film release, UNIQUE 8, and this is the first teaser.
8 years ago | by Tom Copsey 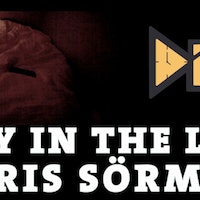 Day in the Life with Chris Sörman

The Pirates stalked Swedish ripper Chris Sörman for a day in Flachauwinkl. Pow, frontflips and skating? His day certainly looks like a lot of fun. Beware, though, this has shots...
9 years ago | by Tom Copsey The final installment of this season's Pirate Logs sees the boys pitch up in Riks once again for some late-season awesome. Some bangers in this.
9 years ago | by Uli Köhler And more from the Pirates: Their latest Pirate Log is all about Montana. Featured riders: Chris Sörman, Kalle Ohlson, and Gerome Mathieu.
9 years ago | by Tom Copsey 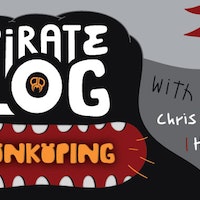 The Pirates return with another season of their webisodes from their latest movie, Bottom Line, and kick off with this epic installment of the goodness when the boys spent 3...
9 years ago | by Uli Köhler