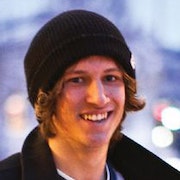 Alex Tank doesn’t measure success with medals. He’s made his name avoiding the big lights and cheering crowds of competition in favour of laying down some badass video parts. We’ve seen them and don’t think he’s made a bad decision.

The 24-year-old German believes film footage is far more important by way of recognition, than trophies and tournament victories. He believes that film and photographs have a longevity in their appeal, which can’t be matched by the short-term nature of competition.

Even the competitions he does organise aren’t really competitions. He hosts the annual Jib Factory, this is more an excuse for 20 top snowboarders to get together. Although there is a winner, it is simply decided through votes from all of the other participants and, as Alex puts it, is more of a ‘man of the match’ award. The event also presents a great opportunity to shoot some quality video footage and is set up with this in mind.

Born in 1988, Alex originally comes from Giessen, Germany, but calls Allgäu his hometown. His favourite ski resort is Bear in California, although he often returns to ride in Germany. He takes a lot of inspiration from films, music and other snowboarders. He names Wu-Tang Clan, Biggie Smalls, Bob Dylan and Jimi Hendrix as major musical influences.

Much of Tank’s work has come with the Isevseven gang and when he isn’t working with them he’s been spotted on the golf course. Playing golf, not snowboarding.. 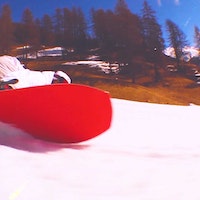 Alex Tank and his Atagge crew are back again for an onslaught of shredding that's been well and truly dipped in the tank marked 'extra special cool audio-visual aesthetic sauce'...
5 years ago | by Tom Copsey 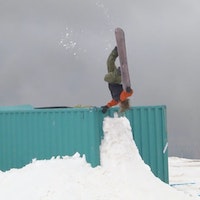 An all-star cast of Ashbury Eyewear's Euro team descended on the Les 2 Alpes glacier last week for a spot of mountain-based jib-jitsu.
5 years ago | by Tom Copsey 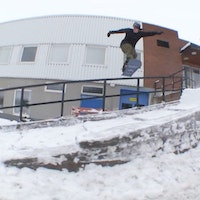 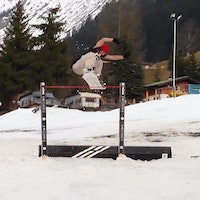 As the season winds down the Munich-based Atagge and Foreal crews join forces for some slush jibbing and mad popping in Kleinwalsertal.
5 years ago | by Will Sleigh 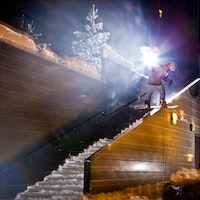 Getting the dirt on Germany's Atagge crew...
5 years ago | by Tom Copsey 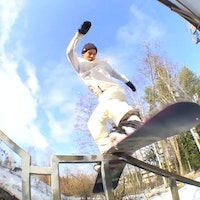 Peep this short movie of some of Europe's finest jibbers getting busy for, and behind, the lens. Hammers!
5 years ago | by Tom Copsey Glue is a little bit arty farty and a lot bit very good. One of the most dynamic edits we've seen in a long old while. Watch it.
5 years ago | by Tom Copsey 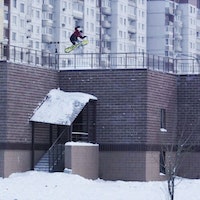 Check the teaser for Postland Theory's new movie, The Fourth Wall, for some of the heaviest street-sliding you'll see coming out of Europe this season. Yes boys!
5 years ago | by Tom Copsey 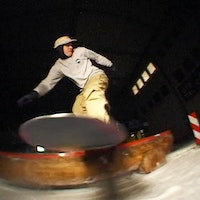 Dream team of Euro jibbers slay Bispingen in glorious SD...
6 years ago | by Will Sleigh The Atagge crew does it again.