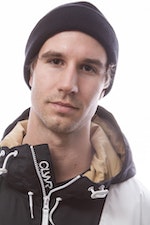 Colour Wear is proud to announce that Mario Käppeli has joined the CLWR family. He joins a crew of passionate and creative snowboarders such as Kareem El Rafie, Leo Crawford and Risto Ruokola.

Mario hails from Switzerland and has been living for over a year in the snowboard Mecca of Innsbruck. Aged just 24 and riding for over 12 years and the last few under the wing of the Forum International Team, Mario has travelled a lot, ridden some of the sickest parks and terrain on the planet, and is now ready to take on the next chapter of his career.
Over the last few years, Mario would more often be seen stomping booters in bulletproof snow parks, however his eyes have now been opened to taking these skills into the backcountry, a move which has also seen him join the ranks of backcountry freestyle expert Gig Rüf’s team at Slash Snowboards.

We are stoked to have such a talented backcountry freestyle snowboarder in the CLWR Family and look forward to seeing the footage and shots Mario brings from some of the most stunning locations around the world.
Mario also has a wild side, so be sure to check out some of the crazy things he and Ethan Morgan get up to at www.ethanvsmario.com

Henry and Doom set about electrocuting Ethan Morgan and Mario Kaeppeli. Pretty much the best thing ever on so many levels...

Henry and Doom set about electrocuting Ethan Morgan and Mario Kaeppeli. Pretty much the best thing ever on so many levels...