Rome Snowboards was founded in late 2001 in Waterbury, Vermont by Josh Reid and Paul Maravetz, who were former marketing and product development employees at Burton, together with Dan Sullivan. Starting out with three snowboards and a line of gloves, their aim was to create high standard products, contrary to what they thought was the norm at that time, which were mediocre but heavily marketed products, focussing sponsoring too heavily on Olympic athletes. After having enough of the direction snowboarding was headed towards, Reid and Maravetz left Burton and started Rome Snowboard Design Syndicate in short -Rome SDS.

From the beginning on up until today Rome Snowboards went for the anti-establishment and “from snowboarders, for snowboarders” mentality, rebelling their way up to one of the top snowboard brands today. A heavy part of their success is their ‘get involved’ policy, with which Rome is encouraging people riding their products to give them feedback on it so better gear can be developed.

Stacked with a heavy roster of riders like Laurent-Nicolas Paquin or Bjorn Leines, Rome Snowboards hooked up the complete boyband that is RK1, for whose edits kids go absolutely mental for.

Apart from boards, Rome Snowboards produces bindings, boots and apparel for men and women, as well as riders of all levels.

Rome Snowboards have produced several successful web series like their “12 months – a year in search of shred” project, where each month an edit at a different location around the globe was produced and released. 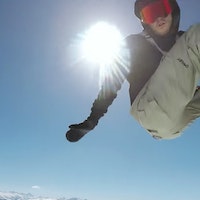 Epic highlights from Stale Sandbech's comeback year as he tours the world competing and shredding the park.
4 years ago | by Tom Copsey 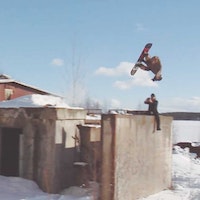 Rome Snowboards Welcomes Rene Rinnekangas to the AM Team

Rome Snowboards have been hyped by Rene's riding and they've just rewarded him with a spot on their International AM team... Check his welcome edit!
4 years ago | by Tom Copsey 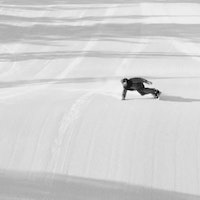 Rome Snowboards have dropped this poetic black and white teaser for... winter. Yeah winter! That, and the fact their new range is online... yeah new line!
4 years ago | by Tom Copsey Sierra Scraps: July DIY - A short film from the SDS. One Storm with Rome Snowboards 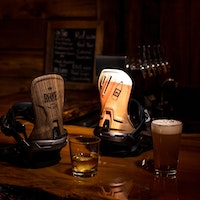 Rome Snowboards turn 15 this season and have cooked up some Limited Edition product in celebration...
5 years ago | by Tom Copsey LOCALISM - A short film from the SDS.

A whole buncha Rome Euros ring in the start of winter with a bit of galcier-based malarkey.
6 years ago | by Joe Cavanagh

Jeff Hopkins continues his strive for European dominance by teaming up with Finnlandian wizard Tony Kerkelä.
6 years ago | by Tom Copsey Sandbech, Østreng and Hopkins Go Nuts on One Jump