Adidas Snowboarding saw its much hyped, 3-striped launch in 2013. Based in Herzogenaurach, Germany, Adidas was founded in 1949 by Adolf Dassler as a counterpart to his rivalled brother’s recently established shoe brand Puma. After successfully launching Adidas Skateboarding in 2006, the company took a further dive into the action sports market with its snowboarding arm.

Having produced high quality snow goggles for years and with the heritage knowledge on footwear, the first boot and outerwear collection from Adidas Snowboarding of the 2013/2014 season was well received. Both the boots and the outerwear are kept in the classic 3-striped Adidas-style.

Tech-wise the designers didn’t hold back and pimped out the gear, providing riders with full support for every condition. One of their key technologies is the Boost, a special foam featuring Adidas proprietary technology, that is super responsive, gives a fluid feel that’s spongy but supportive and unaffected by temperature.

For its launch, Adidas Snowboarding has built up a versatile team of riders who boss it in their field with style and tech. With signing Jake Blauvelt, Forest Bailey, Eric Jackson, Helen Schettini, Keegan Valaika and Kazu Kokubo Adidas went all in and dedicated an episode of their “Welcome…” series to each rider.

For their second season in the biz, Adidas Snowboarding launched the successful ‘Nomad’ series, taking their different team riders to different locations in the world. Showcasing all aspects of snowboarding that features the likes of Louif Paradis bossing Salt Lake City’s streets or Kazu Kokubo sending it in insane Japan pow. 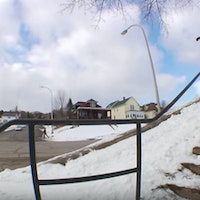 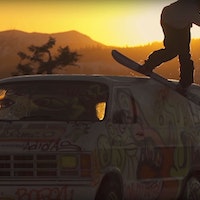 adidas rippers Keegan Valaika, Louif Paradis, Tommy Gesme and Alex Sherman reshaped Boreal into an homage to early-2000s junk parks and the result is radical.
5 years ago | by Tom Copsey 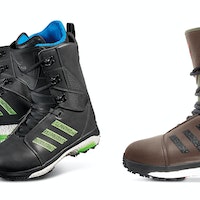 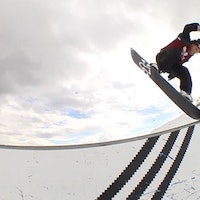 Three stripes for adidas snowboarding.
6 years ago | by Will Sleigh 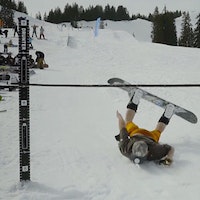 A perfect season ender.
6 years ago | by Tom Copsey You really need to check this boatload of bangers from the adidas team's footage. Pow, backcountry, urban... it's all there and all HEAVY.
6 years ago | by Tom Copsey 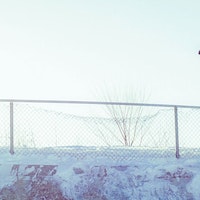 Killer hot-laps from the adidas team, and a killer boot inspired by a 90s skate classic.
7 years ago | by Yalda Walter 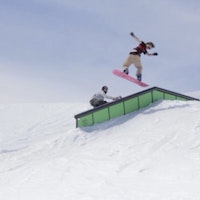 Adidas Snowboarding - In pursuit of ... SLUSH 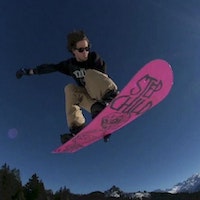 adidas Snowboarding - In Pursuit of… HOTLAPS with Alex Tank and Gido...